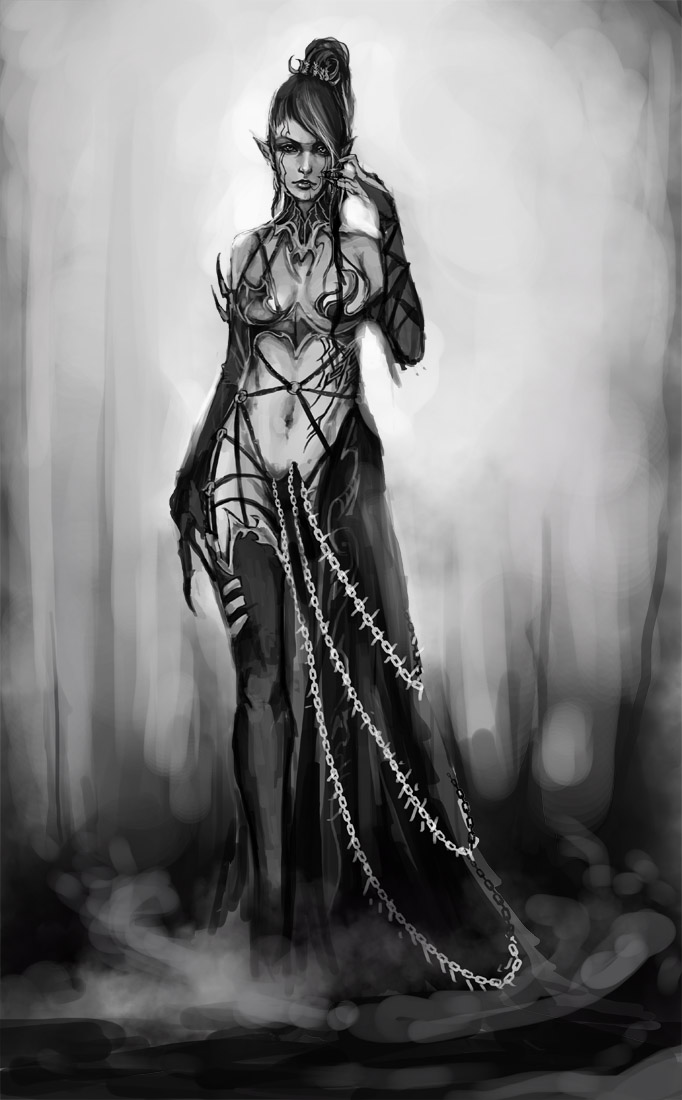 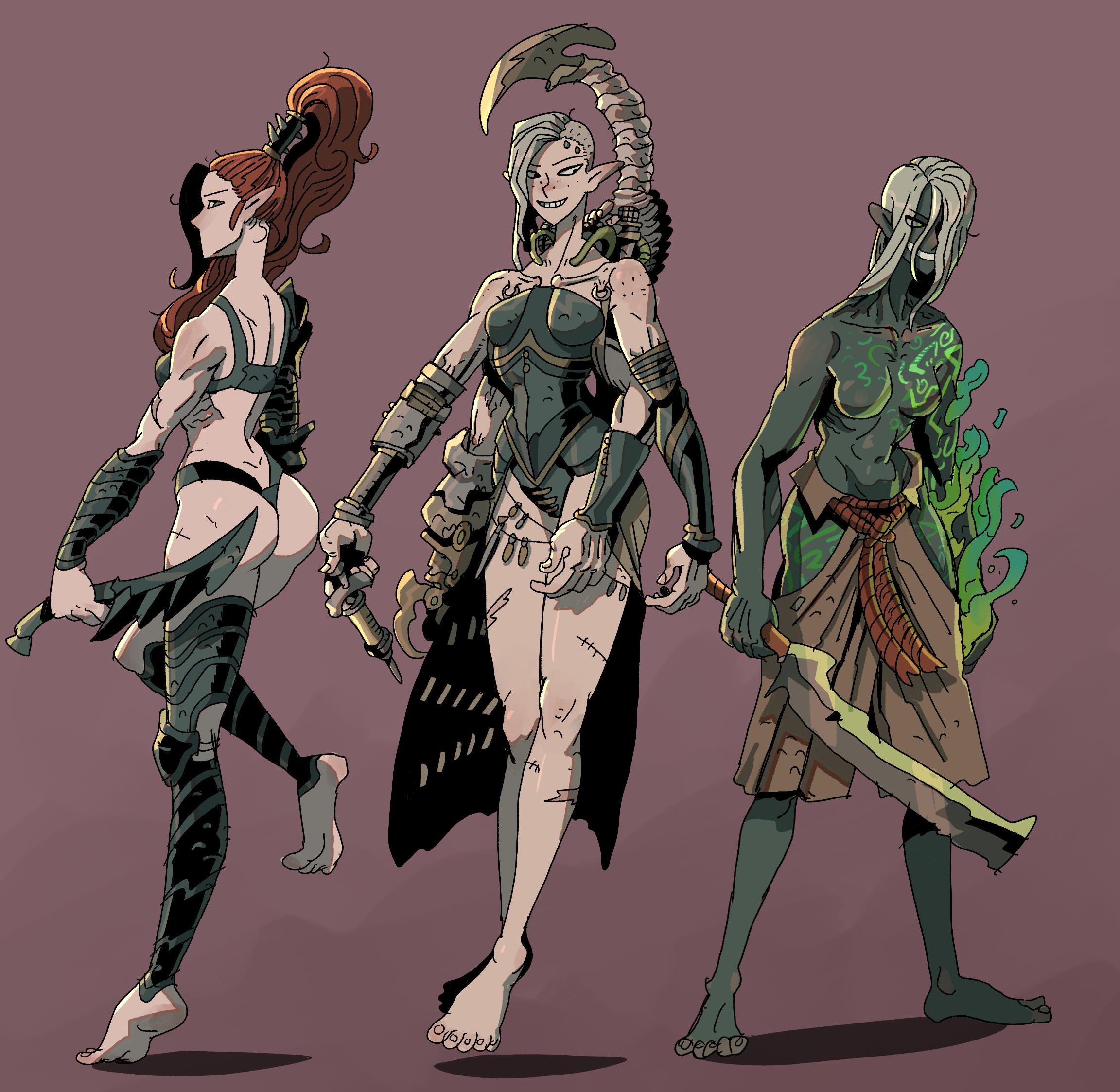 While we've done our best to make the core functionality of this site accessible without javascript, it will work better with it enabled. Please consider turning it on! Sera was temporarily blinded as the lascannon blast tore through the hull of her squad's transport. She felt a moment of weightlessness as the grav-tank dropped from the air, and then she was crushed against her seat as the vehicle smashed into the ground.

There was a scream as one of the other guardians was hurled from his seat, impacting against the forward bulkhead with a sickening crunch.

The air was filled with a grinding sound as the tank ploughed through rubble, carried onwards by its considerable momentum. Sera looked around the troop hold. A pair of ruined bodies were slumped in their seats, half-vaporised by the lascannon beam. To her right, the squad's warlock took a last, gurgling breath as pink, frothy blood trickled out around the structural beam that impaled his Eldar Girl. There was no reply. The other bodies in the troop hold were still.

She spoke again, and a tone of desperation entered her voice. She tried accessing the communications systems in her suit. They couldn't even detect the interface to the grav-tank's transmitter, and the suit itself carried only a Eldar Girl transponder.

It was emitting a steady hiss of Eldar Girl. Sera stood carefully. Her Eldar Girl wobbled. She reached out to steady herself against the side of the hold, and the composite panel gave way beneath her hand, twisting away from its mountings. They were dead.

Not even afforded the honour of a death in battle. A pointless, violent end during their extraction from the battlefield. A waste. She took the soulstone amulets from the bodies of Eldar Girl comrades. As the remaining survivor, the duty fell upon her to return their spirits to the Craftworld's infinity matrix. At least there they could find peace. Perhaps they would choose to rejoin the battle, Eldar Girl their souls into wraithguard.

She gathered them all from the corpses. The soulstones emitted a Eldar Girl glow as they jostled together in her hand. Sera collected her shuriken catapult, and checked it for damage - it bore superficial scratches and dents, but the Trekant on the grip informed her it was still functional.

She crawled to Eldar Girl rear of the hold, and opened the door. The frame had been badly deformed during the crash, and Eldar Girl took some effort to force Kontaktanons open. The ground was covered in a layer of mud. It shifted beneath Sera's boots as she stood to appraise the wreckage, and get her bearings. The tank had embedded itself deeply into the earth, and was completely beyond recovery.

She heard the sound of an engine growing nearer, and turned around to see the crude shape of a Mon'Keigh tank ploughing through the mud and debris, headed straight towards her.

Gouts of Eldar Girl erupted from the ground at her feet as the creatures riding the open-topped vehicle took shots at her with their las rifles. She dived sideways into the mud, taking cover behind the wrecked turret of her vehicle as laser fire rained down around her, leaving small, Eldar Girl patches on the tank's hull.

One of the beams grazed her arm, scoring a black line across her armour. She leaned around from her cover to fire off a burst from her shuriken catapult, and was met with a barrage of laser fire in return. The Mon'Keigh were hollering at each other in their coarse language.

She could hear them advancing on her position, laying Eldar Girl a constant barrage Dylemma pinning fire as they made their way forwards. Sera leaned around to let off another volley of fire, and found herself looking straight down the barrel Eldar Girl a las-rifle. The Mon'Keigh was yelling at her, and it took Sera a few moments to recall her knowledge of the creatures' language.

He seemed to be shouting, "Drop it! Drop your weapon! She considered her options. The souls of her entire squad were depending on her to deliver them to the Craftworld. If she died, they would be lost forever. Perhaps it Eldar Girl best to play along for the meanwhile. She was confident that she would be able to outwit the clumsy creatures later, and escape.

Another of the creatures had joined the first now, and was aiming his weapon at her. She raised her hands, Eldar Girl rose slowly. She scowled as she was forced to speak to them in their crude language. One of them snatched her rifle away. The other grabbed her by the wrist, pulling her roughly. She stumbled over the wreckage as he dragged her towards their vehicle, which was juddering and spitting clouds of black smoke from its primitive engines.

The creature addressed to the rest of the group. A pair of them walked over, grinning. One of them shoved her suddenly, grabbing her neck as she stumbled backwards.

He pawed at her, letting out a bark of idiotic laughter. Sera Warframe Ash Deluxe Skin as he licked her face with his filthy tongue.

He Eldar Girl again. She glowered at him, trying to suppress the anger she could feel building inside her. He loomed towards her face again with his lips parted. She slapped him across the face, and her gauntlet made a satisfying smack as it impacted with his cheek. He recoiled. She felt her arms pulled backwards as one Grattis Till Graviditeten the creatures grappled her from behind.

The one she had slapped was giving her a dark look. He lunged forward, and clamped his hand under her jaw. Now, let's see what's under that armour of yours He drew a knife from his belt and jabbed it into a chink in Sera's armour, just below her ribs. He started wiggling the blade back and forth, and her suit made cracking sounds as its shell was forced open.

She struggled, but the creature behind her had a strong grip on her arms. She kicked out, knocking the knife from the creature's grip. He gave a surprised yelp of pain, cradling his hand. The weapon spun off and landed in the mud nearby. Eldar Girl creature glared at Sera, and then brought his hand hard across her face.

She gasped as the brute's calloused palm slapped against her cheek. On the return, he struck the other side of her face with the back of his hand. The creature drew his leg back. Sera flinched away, but not fast enough, as he stomped down on her knee with his heavy boot.

Her armour gave way with a crack, and then there was a fleshy tearing sound as her knee buckled Christy Canyon Hd. She cried out. He brought his foot down on her other leg, and she screamed again as her knee joint tore. Her legs crumpled beneath her, and she sagged to the ground.

Her breath came in strangled gasps. The creature picked his knife up, and returned to working at her armour. She felt the knife slip between the Anisoka, and he levered the blade upwards with a snapping sound. Soon, the breastplate of her armour was torn free, and the creature flung it off to one side, leering as he regarded her bared chest.

Nayeon Png had come loose in her mouth. She spat the tooth out onto the ground, and blood trickled from her lips. Geleraaf creature stood. Another of the group was walking over from behind Sera, fussing with his belt. He stood in front of Sera. He tugged the waistband of his fatigues downwards, and stepped out of them.

Then he fumbled around with his stained undergarments. Sera's face twitched in disgust as the creature's penis drooped out of his shorts, like some foul little creature Eldar Girl from its burrow. He swaggered forward, and grabbed a fistful of Sera's hair, yanking her head backwards. 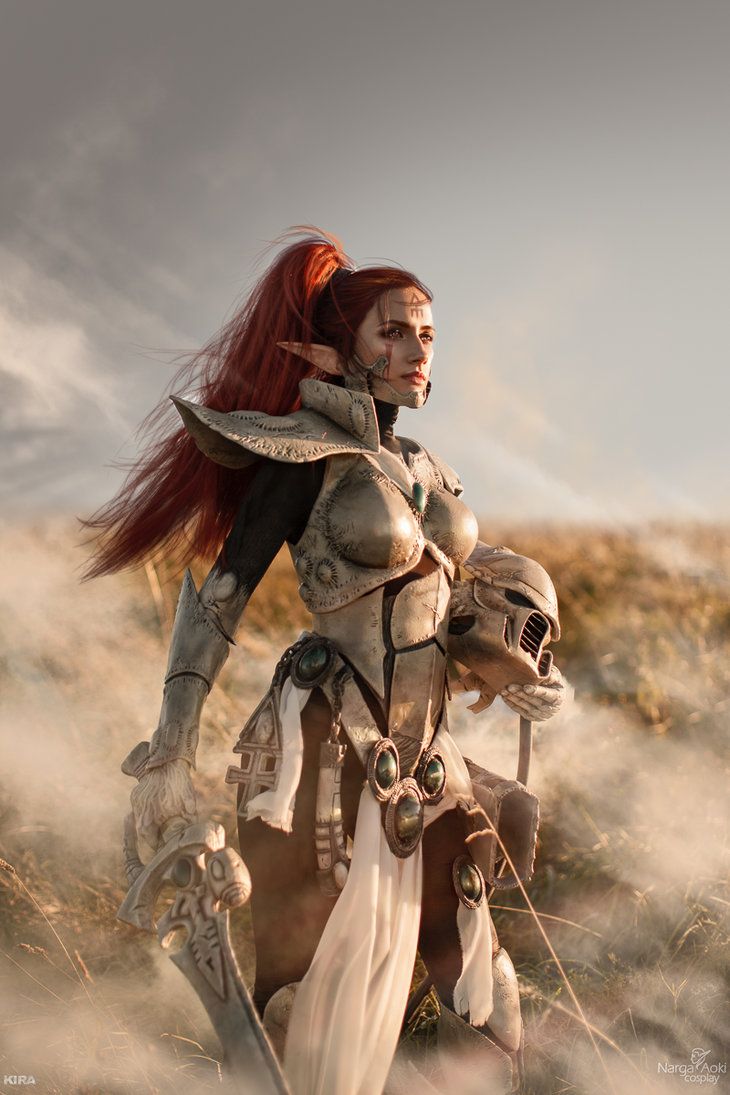 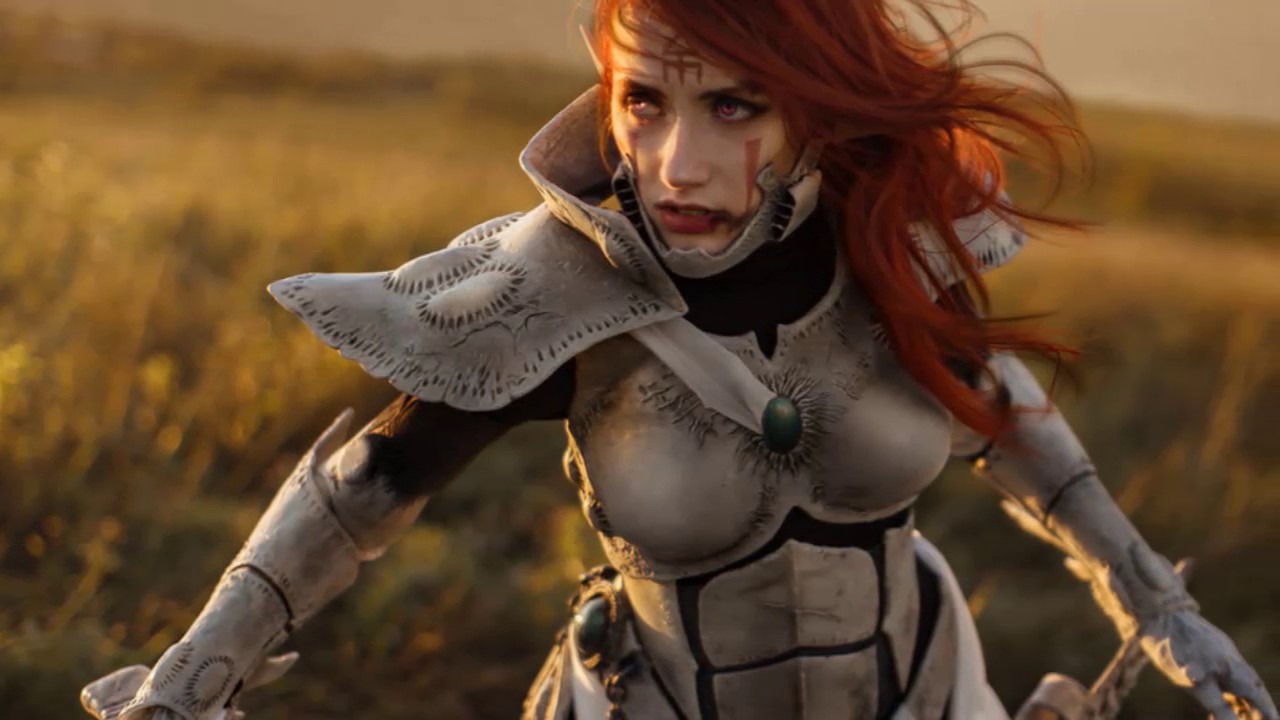 · Says the girl whose race murder-fucked a chaos god into existence. Reply. RPMaestro. Sep 20, And after that claims that they are the only ones that can unfuck the situation. Reply. 1 like. founderman. Feb 24, My god. I know how to get an Eldar woman to sleep with you. Just keep making self deprecating jokes about humanity and. 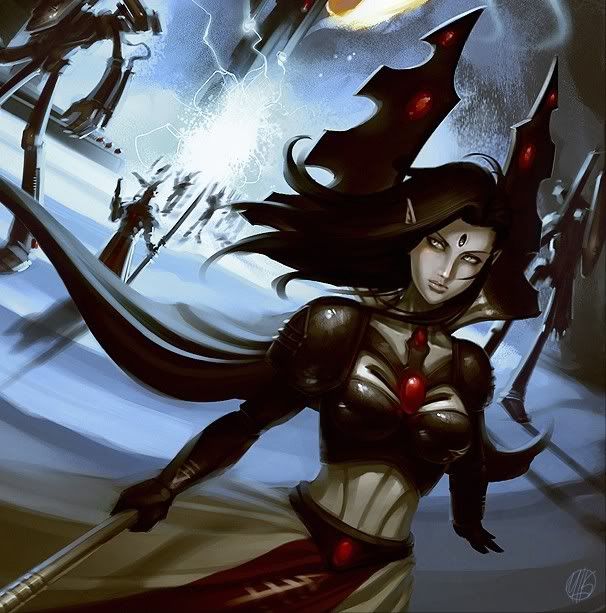 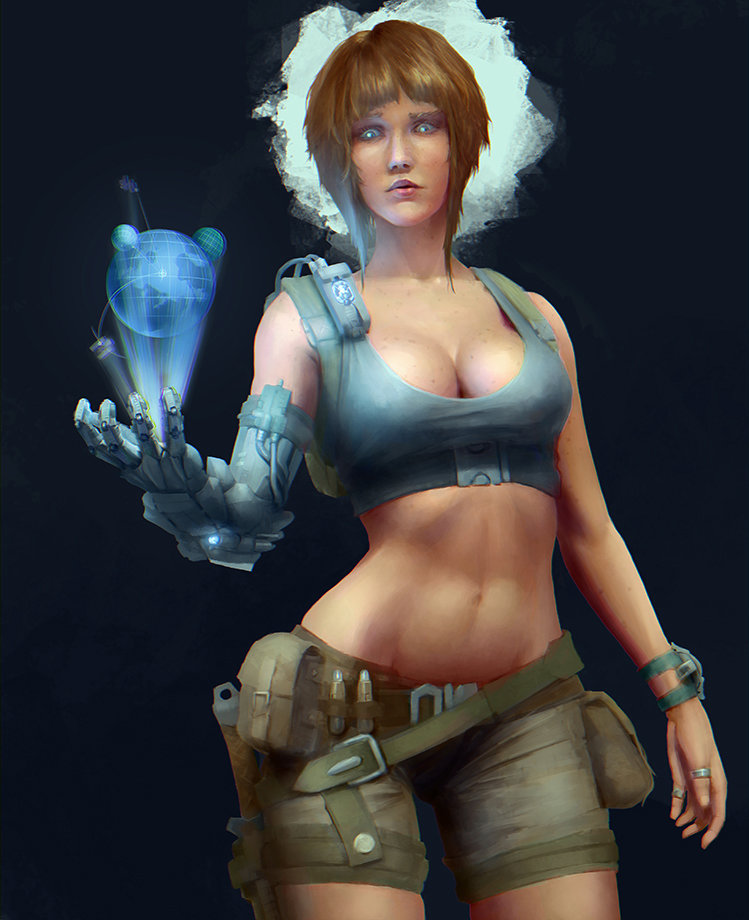 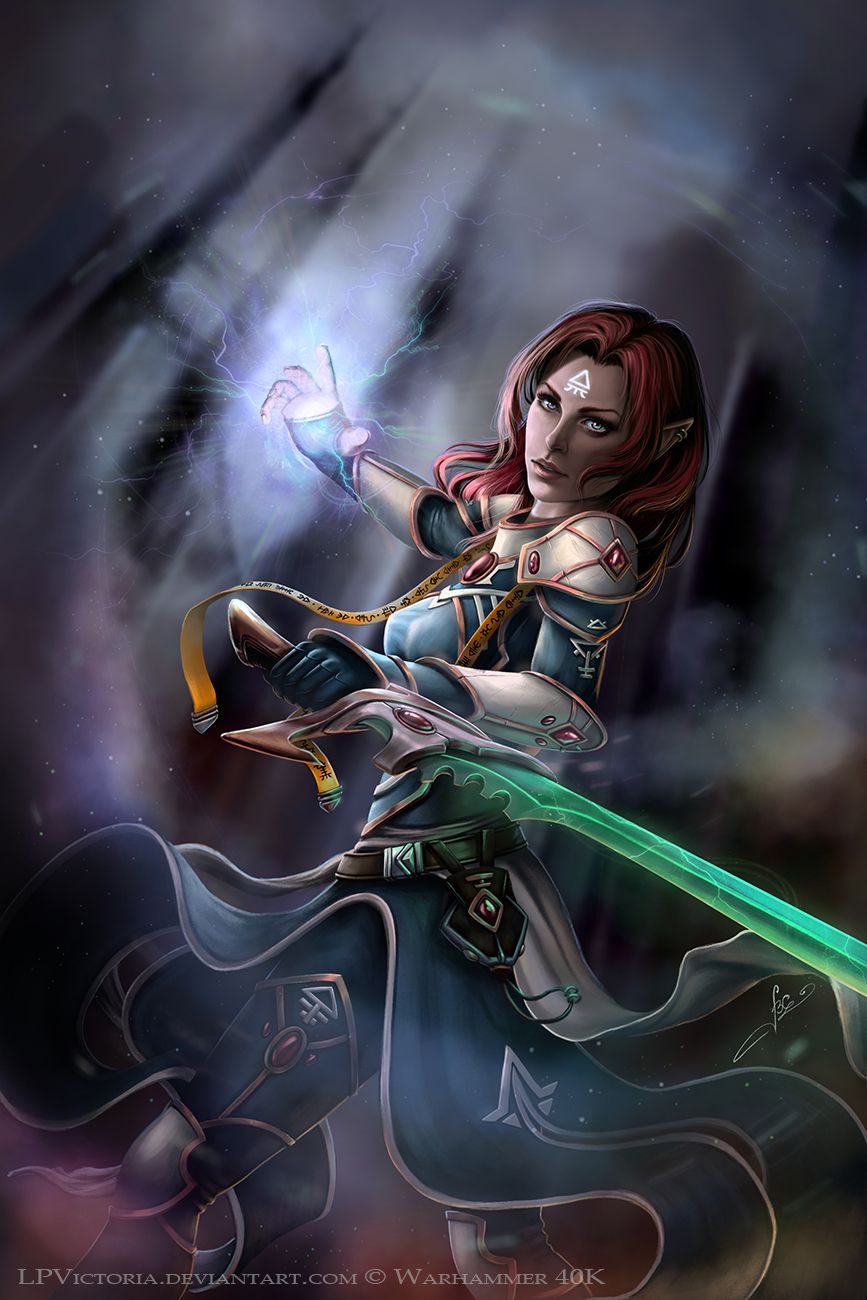 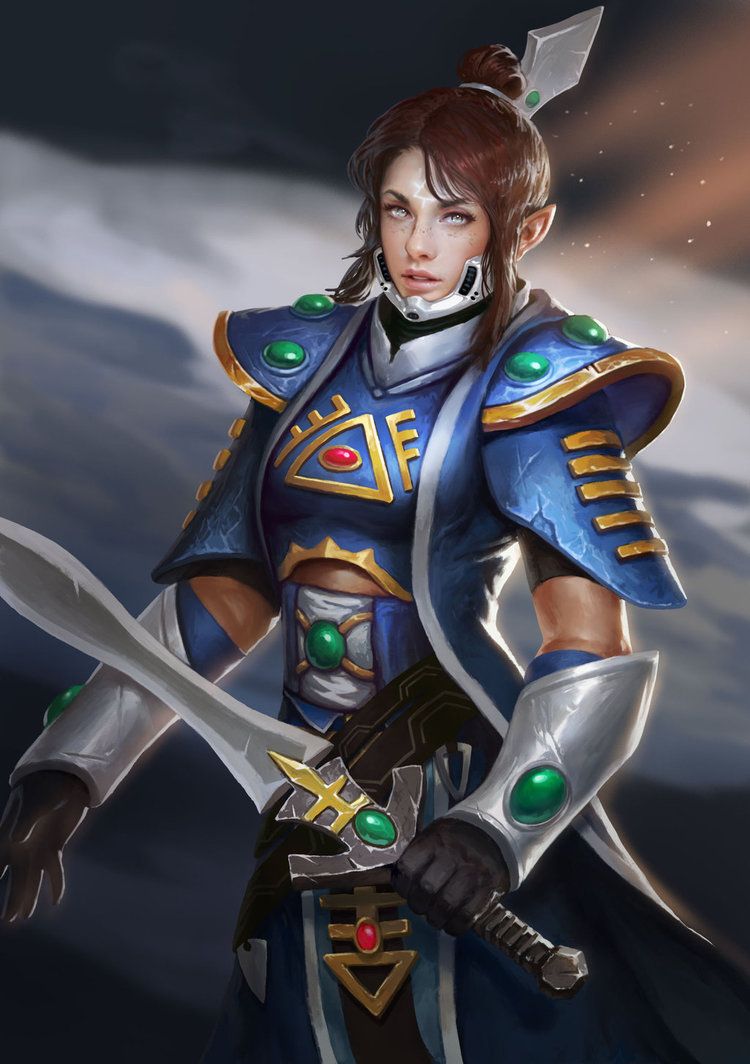 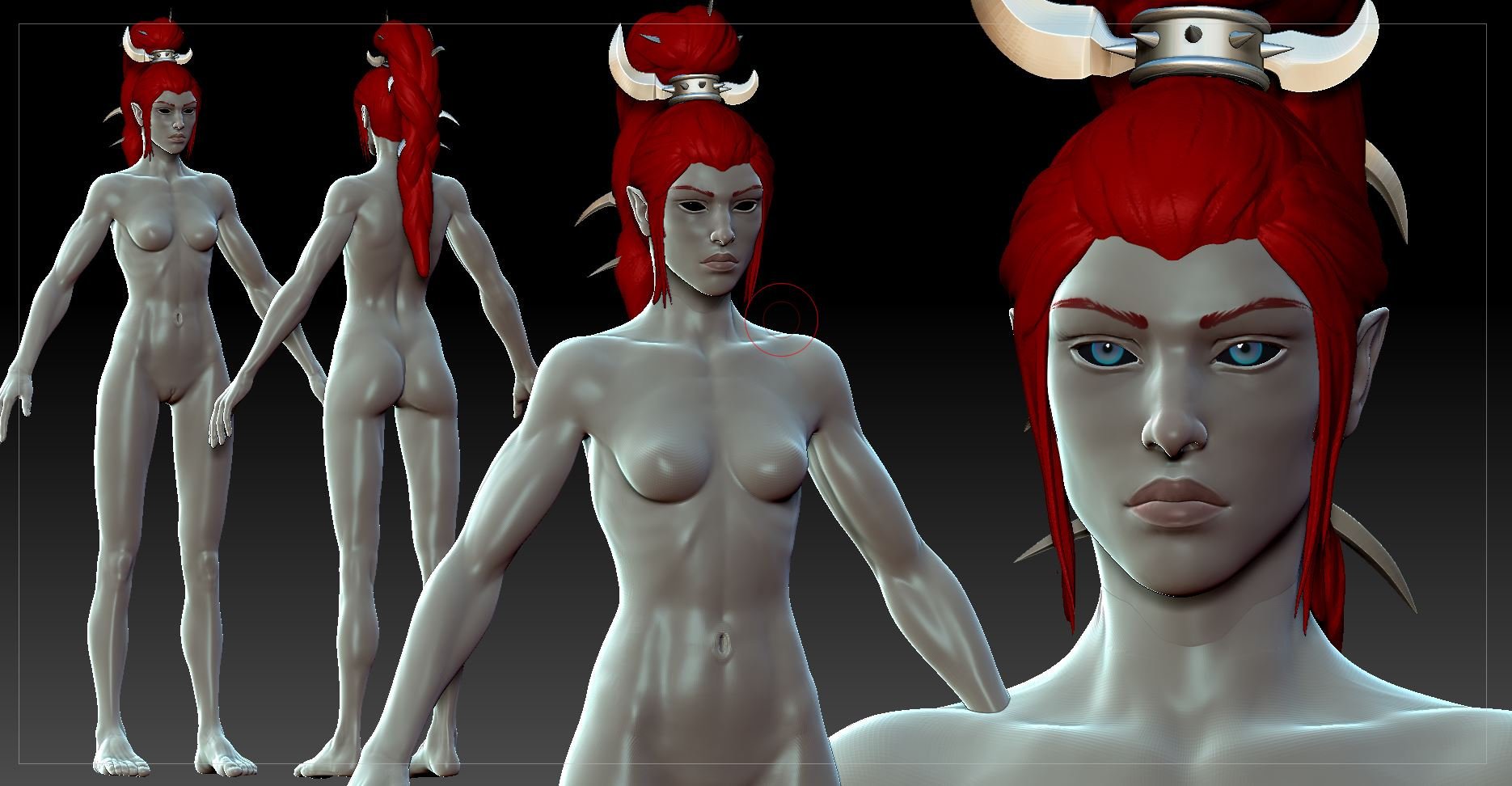 About Privacy Policy. Visit Blog. Explore Tumblr blogs with no restrictions, modern design and the best experience. It has been pointed out to be the Vampire Raider. Which is no longer available from Forge World at all? Might be moving to plastic? Your spirit is amazing.